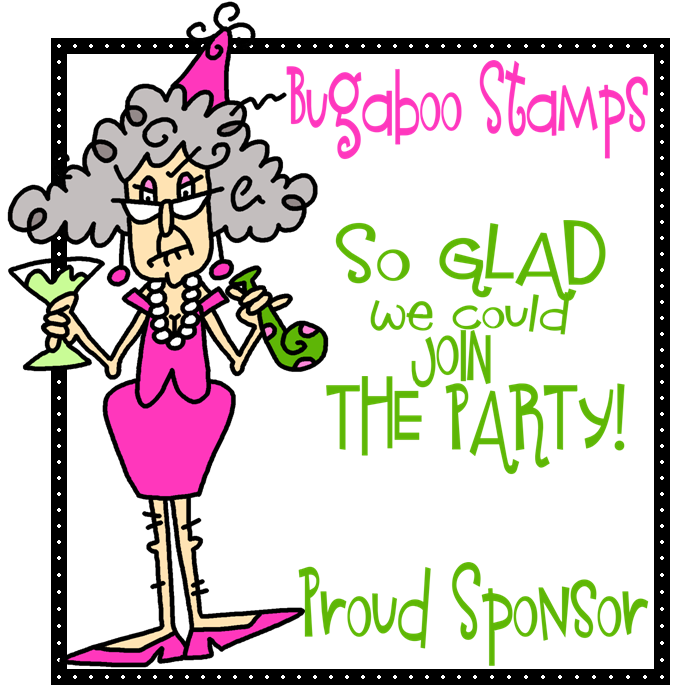 It's hard to believe it's already the end of September.  The month has flown by.  We've finally gotten some cool weather for September, still quite nice for T-shirts and shorts, of course, but we received some much needed rain.  We all have our fingers crossed for more rain this winter.

Since September has come to an end, we all would like to thank Bugaboo Digital Stamps for their sponsorship and we have a few cards that really show our love of their stamps for our last day. 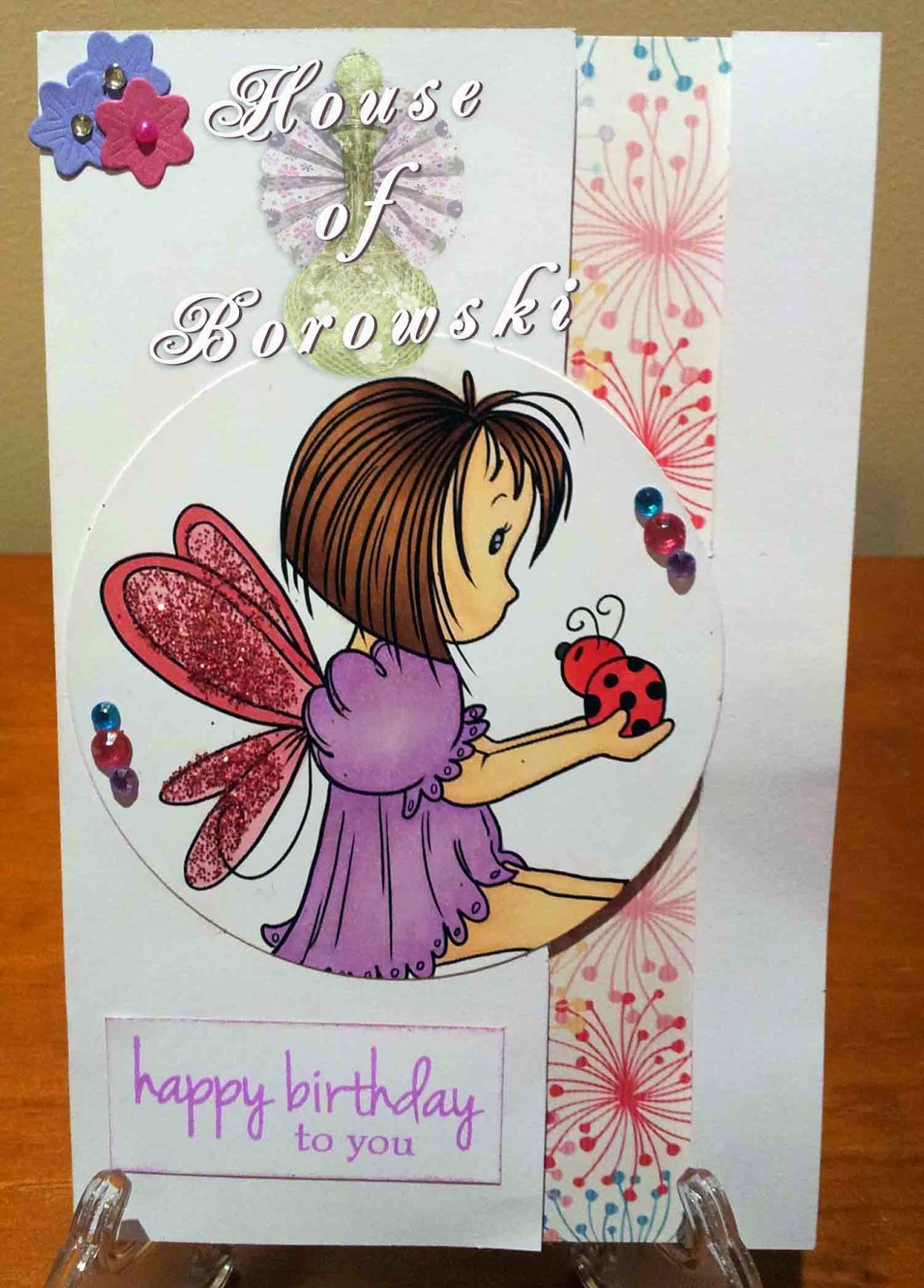 The new technique is called Cutout Panels. Maile Belle from Papertrey ink showed it on her blog and their newsletter and Cathie wanted to try it.
Believe it or not this is the first time Cathie has used loose glitter (on her wings) She had it in her stash for a while but didn't want to get it everywhere.
This gorgeous Bugaboo image is also new to Cathie too.
Be sure to visit Cathie at House of Borowski. 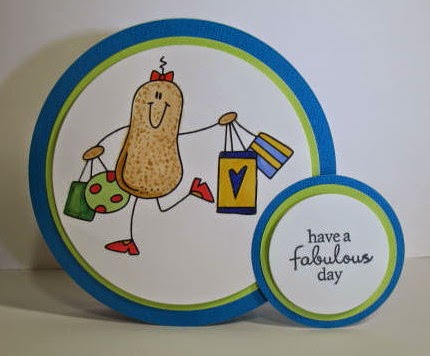 Arlene absolutely loves this Shopping Nut image and had to try a new design too.  It almost looks like one of those old-fashioned penny-farthing.  The penny-farthing, also known as the high wheel, high wheeler or ordinary, is a type of bicycle with a large front wheel and a much smaller rear wheel (Wikipedia definition for Penny-farthing).  Arlene thanks Bugaboo Digital Stamps with a fabulous day!  Arlene at A Little Bit of This and That.

Have a great end of September from Arlene and the Die Cut Divas.
Posted by Arlene

Arlene the shopping nut card is really fun! And I learnt a new term today!! TFS!